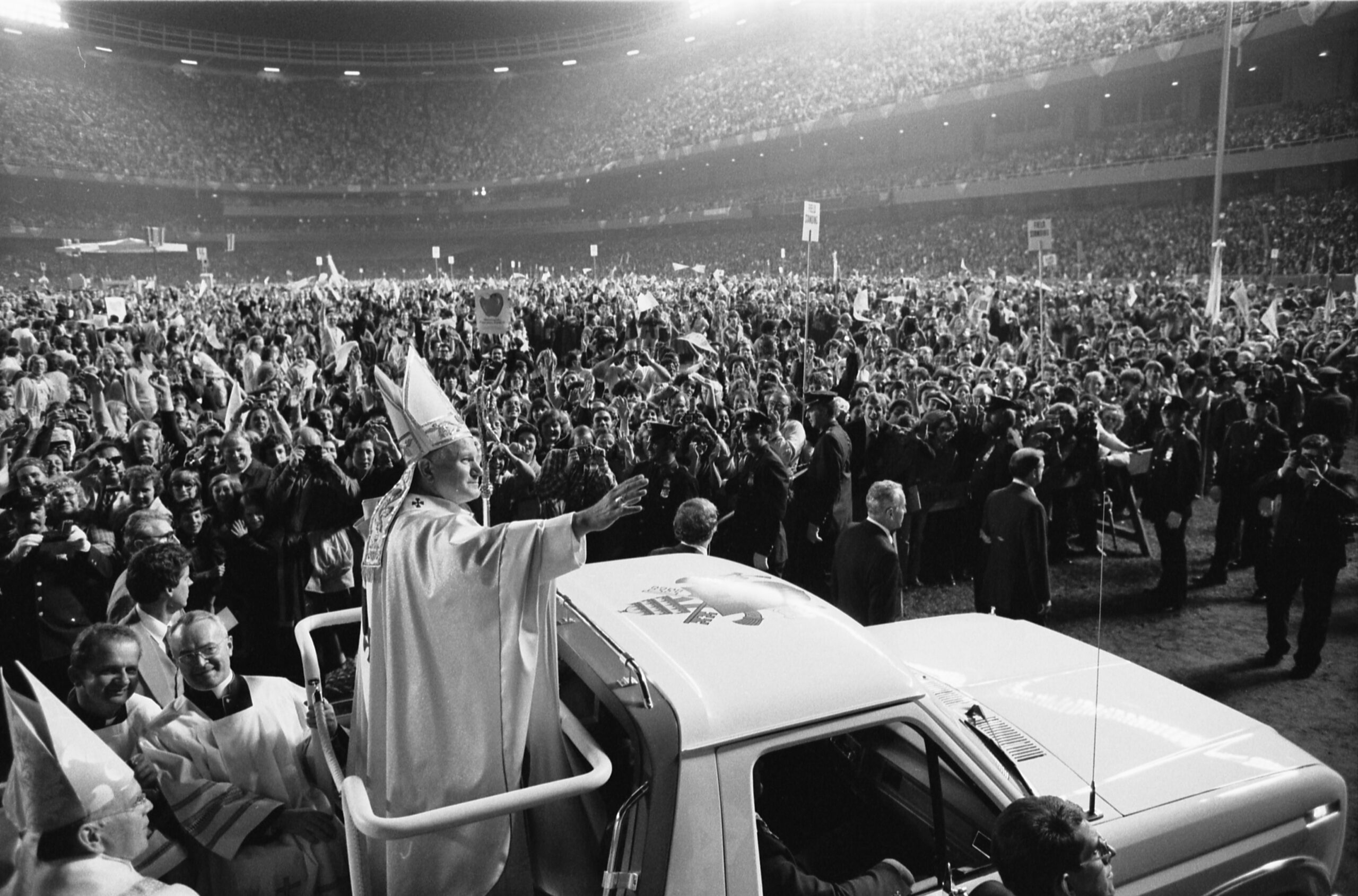 The life of the future Pope was marked by suffering. He lost his mother at a young age, followed by the death of his only brother and the loss his father when he was just 21. During World War II and the Nazi occupation of Poland, he worked in a chemical factory while attending a clandestine seminary. Many of his friends and teachers were killed, yet his life was providentially spared. George Weigel said of him, “Those strong pressures under which he lived for over five years were something like the tremendous pressures under the crust of the earth, and they formed in his case, a diamond. They formed something brilliant and hard, something that could reflect light, and something that cut through what seemed impermeable, like the Berlin wall.” He emerged from years of communist oppression to proclaim to the world, “Be not afraid.”

St. John Paul II had a profound respect for the sick and suffering, knowing that they had an essential mission in the church. His life was closely linked to the suffering of others, and he became a beneficiary of their offering. A few days before he was elected Pope, his longtime friend, Bishop Andrzej Deskur, suffered a massive stroke and was left paralyzed. The Holy Father’s first trip out of the Vatican was to visit his friend in the hospital. He reflected on the visit, “I said to the patients that I counted greatly, very greatly on them: for their prayers and especially for the offering of their sufferings which could provide me with a special strength, a strength that was and is necessary to me in order to perform in a less unworthy manner my serious duties in the bosom of the church of Christ.” He spoke of the “sacrifice of Andrej” and said of him, “I have become a debtor.” Years earlier, his close friend and advisor, Dr. Wanda Poltawska spent five years in a Nazi concentration camp. John Paul acknowledged, “She suffered for me. God spared me this trial because she was there. It may be said that this belief was irrational, however it was still in me – and it stays inside me.”

Toward the end of his life while suffering Parkinson’s Disease, the once vigorous and athletic man was unable to walk; he who could rouse crowds of millions as a great orator had difficulty speaking. St. John Paul II chose to live his mission of suffering publicly, and his life became an eloquent sermon on the dignity and nobility of suffering united with Christ on the Cross. When he was criticized for not resigning or giving up his role he make it known that, “Christ did not come down from the Cross.” He taught and believed that it is “suffering that unleashes love in the world.” His love continues to be a force of strength and courage.