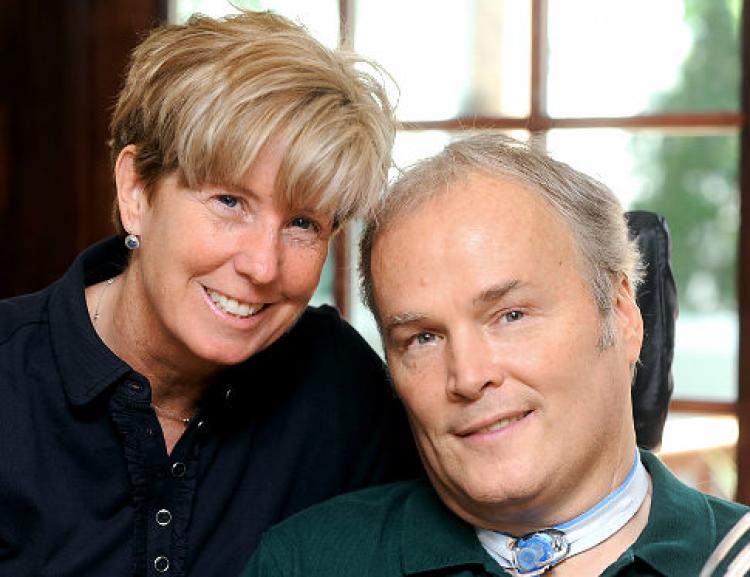 A Prophet of Forgiveness

By Maria LaetitiaMarch 4, 2020No Comments

Although Detective Steven McDonald could not lift his hand, he touched countless lives through the power of his faith and the witness of his life. About 15,000 fellow brothers and sisters in blue from across the country, family and friends, turned out to give a final tribute and salute to a man who revealed the greatness of the human spirit and the transforming power of love.

A prophet of forgiveness and of the dignity of all human life, Det. Steven McDonald was a hero and saint of the New York Police Department. As a young police officer his life took a dramatic turn when he was shot while on duty in Central Park. At the time his wife, Patti Ann, was three months pregnant with their son Conor. He spent months in the hospital fighting for his life and was left paralyzed from the neck down. From the moment he was shot, he began a mission of suffering. Gradually, he came to understand this new mission as coming from the hand of a loving God.

While Steven was in the hospital, Cardinal O’Connor visited the family and promised that a priest would come to offer daily Mass at his bedside. Steven described his time in the hospital as an intense spiritual experience; he said that when Mass was said, light entered the room and it never left. The Cardinal encouraged him to open his heart to the grace that was there for him to forgive the man who shot him. Steven forgave, not just once, but every single day. Had he not chosen forgiveness, he admitted the anger would have killed him.

By accepting suffering, his life took on a completely different dimension and power that allowed him to touch the lives of millions. He was determined not to allow his suffering or his life to be wasted and became an apostle of mercy and forgiveness. Passionately devoted to Jesus in the Eucharist and the Blessed Mother, he became a champion of forgiveness, speaking in schools, police precincts, and churches and witnessed to the value of every human life. His life, his marriage, and his purpose were transformed in a crucible of suffering making them a beacon of hope.

After three decades as one of New York’s brightest lights, Steven passed into eternal life. Thousands of police officers lined the streets of New York to pay their respects. His son, a New York police officer, gave a moving eulogy at the funeral, and at the mention of Patti Ann as the most beautiful and loyal bride, the cathedral erupted in a standing ovation for the woman who embodied fidelity. Through her love, Steven’s mission was faithfully completed and will bear fruit into eternal life.