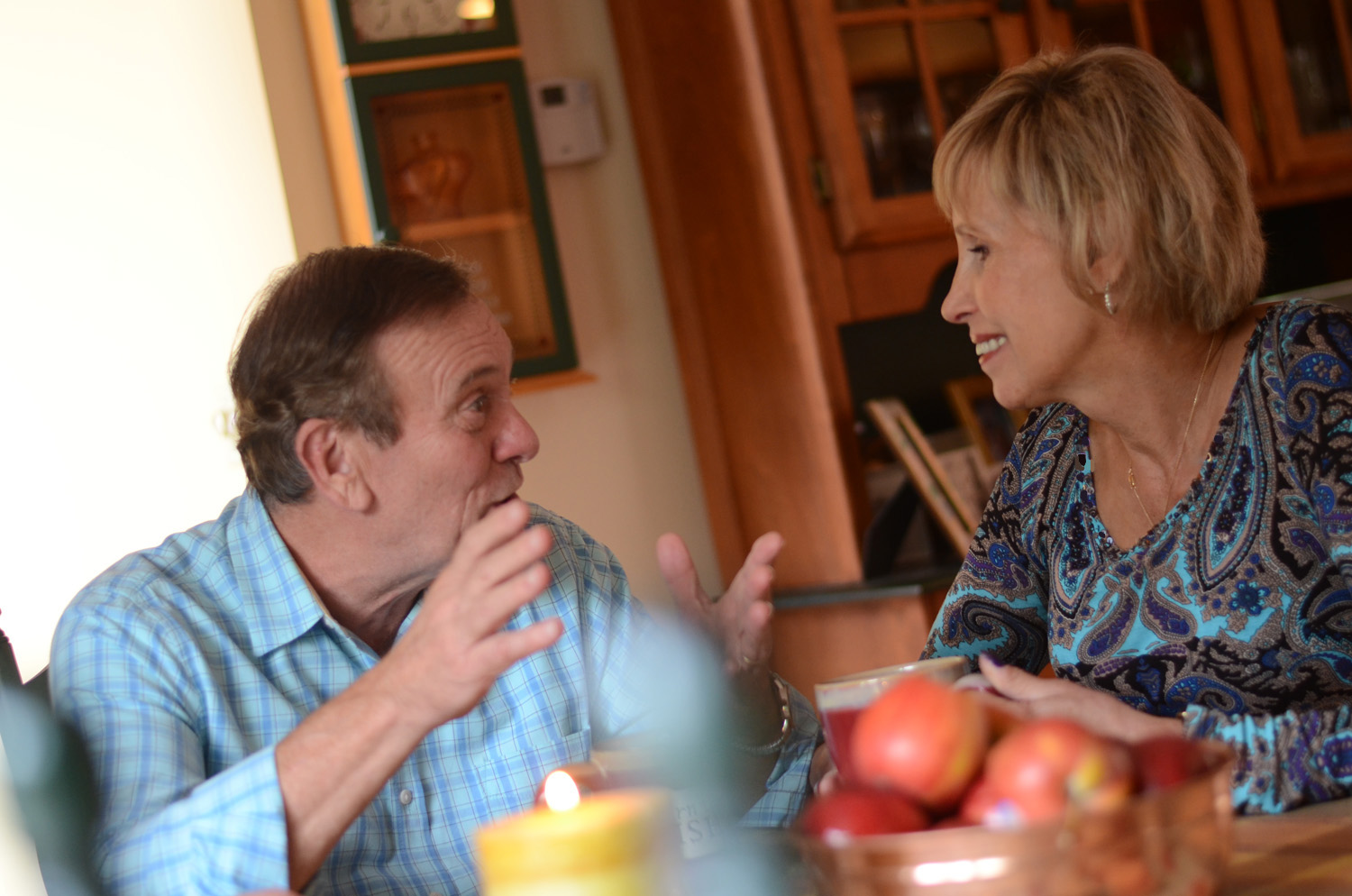 A Look at Marriage with New Eyes

By Maria LaetitiaJune 15, 2019No Comments

Jim and Nancy Rizzi, dear friends of the Sisters of Life, have been married for 50 years. They shared how making a decision to see the good in each other and to choose to love even when they didn’t feel like it has helped them through many hard times. Through prayer and a  firm commitment to each other, they have discovered the key to deep love and lasting joy.

Did you encounter any struggles in your marriage?

Jim: I entered marriage with a lot of expectations, the models of marriage that I had growing up. But life never turns out how we imagine it! I had a journey in mind for myself—I would work hard in my career, become rich, and have lots of kids. I started chasing after something difficult to attain and ultimately unfulfilling—accumulating wealth. Nancy and I settled into a routine, we were a married couple but living as though we had our separate lives—like “married singles.”

Nancy: Over time we lost our priority of having God at the center of our marriage. The attitudes of our culture were affecting us, so we each started living for ourselves, running on parallel tracks. I was experiencing loneliness and resentment at Jim. Our relationship began to lack intimacy. We were living individually on our own paths, which led to dissatisfaction, unhappiness, and disillusionment. We were in a rut, set in our ways, going through the motions.

How did you reconnect with each other?

Jim & Nancy: Our turning point was a Marriage Encounter Weekend we attended together. It turned our life around! We realized there was so much we didn’t know about the Sacrament of Marriage. The presenters taught us a lot about communi- cation, both as a couple, with the Lord, and with each other. We began to take time to stop and talk to each other every day.

We learned that to love is a decision, and it motivated us to recom- mit to each other. Marriage is a work in progress, a journey together, not a destination. There is no such thing as a perfect marriage, and we will never have it all together. But we realized we could work together on our relationship with the help of the Lord.

What has been your experience of living out your marriage vows?

Nancy: We know now that the marriage vows are a reality beyond the words you say on your wedding day. It wasn’t until we went through trying times that the vows became esh and called us to a deeper commitment. It would have been much easier to leave each other when we didn’t get along…but as we have learned, true love is not a feeling but a decision. And you can only live this way with God at the center. This is what kept me faithful.

Jim: We went through tough times nancially, and I had cancer at one point. During my treatments I saw the commitment of my wife to me through the sicker times, which I believe helped my healing and energy. I will never forget how Nancy was always there for me.

Part of our foundation was the realization that neither of us was going to leave. We were determined to nd a way through struggles. When we experienced difficulties, God poured down the grace we needed to be faithful. We have learned that there has to be an other-centered attitude and awareness all the time. Arguments are a natural part of life, but our focus has been to make a decision to be happy, to work through things.

If you were to tell a young couple a few things they can do to deepen their relationship and make it last a lifetime, what would they be?

Nancy: There are so many things to say, but having a strong faith life and praying together is number one! Read Scripture together and say simple prayers with each other. Communication on a feelings level and romance are incredibly important. Ask for forgiveness

with humility when you hurt your spouse. Choose to love, to keep working, to keep letting go of negativity and see the goodness of the other. Ultimately, you will and joy.

Originally published in our Winter 2014 issue of Imprint.